Every Bit Fit- Scottsdale Arizona Personal Fitness Training adheres to no-nonsense approach to taking care of your body! We train as sculptors, not bodybuilders. Our system is a distinct mix of corrective exercise, resistance training and cardiovascular integration.

Based on a series of 3-4 back to back exercises using super, triple, compound and giant setting. We employ lighter weight with strict form adherence. This elicits greater muscle detail and definition. We also integrate all corrective exercise strategies required to correct individual biomechanical issues discovered during our baseline assessment.

We Pledge to deliver the finest customer experience by always delivering great energy, a motivating attitude, and 100% focused sessions.

Rivak’s cutting edge approach to fitness and nutrition opened up my potential to new levels. For years, I have struggled to establish proper fitness goals. Rivak helped me redirect my focus in the right direction and establish those goals. In the past, I have always thought the answer laid somewhere between bodybuilding and power lifting. Boy I was mistaken. For years, I had neglected cardio, core and interval training, and neglected what I really was looking for. That was a lean athletic body. My favorite activity/sport is surfing, so Rivak trained me like a swimmer. He showed me different exercises college swimmers perform, and integrated them into a high intensity workout 3 days per week, with long relaxing runs on the days in between. In one month I lost 15 pounds, and barely had to change what I was eating… As long as it was in moderation. As a Marine Officer, I am expected to be in premium condition. Yes, I have, at times pushed my body weight limits. With Rivak’s techniques and his ability to clarify what I need for my specific life style, I will never struggle with what I need to do to maintain a high-level of fitness. I have never used a personal trainer before, but I can now say it was a life changing experience and money invested wisely.

Rivak the miracle worker! I was needing to find an exercise specialist/trainer to strengthen my core lower back muscles, shoulders, arms and thigh muscles, which have degenerated from a very rare disease called polymyositis. For 13 years I have watched my once, very slim and fitness body, gradually become ravaged by the destruction of muscle mass, leaving me unable to climb stairs, walk without a cane and always using a wheelchair when outside the home. By chance, I found the link to Rivak’s company. A call and a response from Rivak, was the beginning of an incredible journey to wellness and muscle rejuvenation. Rivak has the medical education, training and experience; in particular, a strong interest in working with challenged people. With a customized program and a commitment to Rivak and myself, the challenge was set and I was ready to see results. Rivak encouraged me to reach for my maximum potential exercise level but he cautioned me to be aware of my physical limitations. Only an experienced exercise trainer, like Rivak, has the ability to design an exercise program to achieve the greatest outcome. My workouts are intense and strenuous at times. That was in 2006. In two years, I have seen a major change in my muscle strength throughout my body.

Been working with Rivak for almost 2 years. He is persistent man and a dedicated professional that keeps me on track….EVEN DURING the toughest of times. He always follows up on my commitments I make to him and holds me accountable….Although I would like to punch him the mouth sometimes, I don’t know what I would do (or what I would look like) with him. Anyone would be lucky to have him on their team.

Two years ago, well aware that I had been living with a life limiting Pulmonary condition, I found myself in a place that I somehow never expected to be; in a hospital bed, on IV antibiotics, 30 lbs overweight, struggling to breath on 6-8 liters of Oxygen and probably one bad cold or flu virus away from my own funeral. It was a place I did not intend stay but I soon learned that the only way out of it would be a double lung transplant. Even so, my age, eating and drinking habits and inability to exercise all made the surgery extremely risky. I needed to change.

With my wife’s encouragement, I called the number she found on the web and spoke to the man who eventually turned out to be my deliverance, Rivak Hoffman.

His deep knowledge of exercise science, physiology and nutrition in addition to his reliability, positive attitude and commitment to helping his clients achieve their health related goals combined to make him, for me, an irreplaceable part of my health care support team. Six months after we met, I was 25 lbs lighter, immeasurably stronger and despite needing high levels of supplemental Oxygen to do it, I had achieved a level of conditioning that I had not believed possible. On Christmas Eve, 2015, we received the call from UCSD hospital that they had a pair of healthy lungs for me. I was ready.

Three months later, I’ve recovered from the surgery, regained my life and am in the early stages of training for the Philly Marathon in Nov, 2016. There are many people I can name to whom I owe a debt which I can never repay and who I will be thinking of as I cross that finish line. None, more so than my coach, my teacher, my friend, Rivak Hoffman.

Rivak at Somagenesis provides intelligent, customized, and thoughtful workouts that draw upon his considerable medical background. He is 100% attentive during the workout and makes the workout fly by while educating on the why’s and wherefores of what each exercise does for the body. He is careful to explain how to avoid injuries during workouts, and can work around previous injuries or limitations. Rivak advocates for a healthy diet and works closely with his clients on this. Following his plan is transformational!

Working with Rivak as my personal fitness trainer has been the best personal health decision I have made in decades. He developed a tailored program for me based on my health goals and physical condition (including a detailed review of lab results from my last physical) and keeps me focused on actions required to meet my health and fitness goals. In one year I lost 6 inches from my waist and saw huge strength and cardio/endurance gains. Reliable, knowledgeable, focused and enthusiastic, he’s an amazing personal trainer. 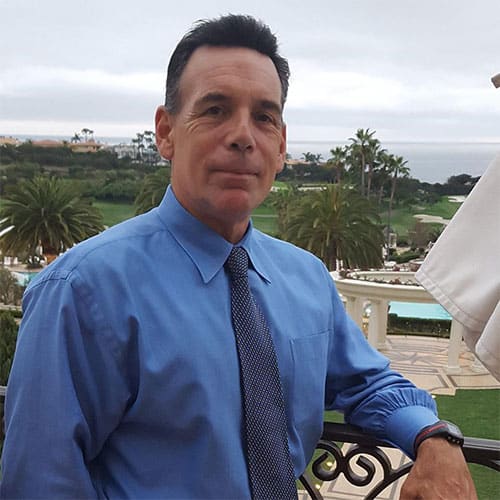